The content of this website is for Information Purposes only and not meant for product promotion or medical diagnostic. This information does not constitute medical or legal advice, and Boston Scientific makes no representation or warranty regarding this information or its completeness, accuracy or timeliness. Accordingly, Boston Scientific strongly recommends that you consult with your physician on all matters pertaining to your health or to address any questions.

Are your Parkinson’s symptoms disrupting your life?

We offer unique, personalised, therapy called Deep Brain Stimulation, giving your life back to you.

Parkinson’s is a movement disorder that affects approximately 145,000 people in the UK and over ten million people worldwide. It is both progressive – meaning it advances over time – and degenerative, because it is characterised by a continuous decline of dopamine-producing cells in the motor region of the brain. Dopamine is an important chemical substance that the brain uses to regulate movement. Its decline in Parkinson’s  reduces patients’ ability to control or initiate movement, resulting in symptoms like tremor, slow movement, rigidity and postural instability.

Even though Parkinson's  was first described over 200 years ago, its exact cause is still unknown. A few studies suggest that it may be genetic, but only about 15 percent of people with Parkinson's  have a family history of it. Most scientists believe that it's caused by a complex combination of genetic and environmental factors.

Motor symptoms can make the activities of everyday life challenging. 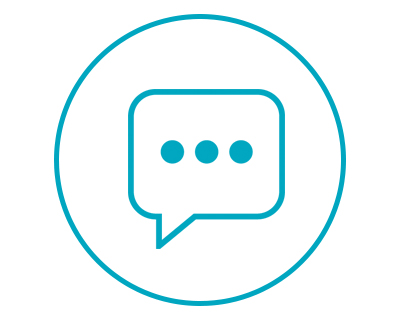 Whilst every journey is different, there are various treatment options that could improve your quality of life.

In the past 50 years there have been discoveries that have revolutionised our understanding of Parkinson’s and the brain.

There are several trials happening to either slow the progression of Parkinson’s down, stop Parkinson’s and even potentially reverse Parkinson’s.

Keep up to date with all the research and resources going on to support the cure for Parkinson’s here.

Am I a Candidate?

Am I an eligible
candidate for DBS?

Find an Implanting
Centre near you